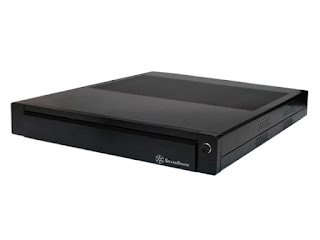 About 18 Months ago I switched from CD's/SACD's/DVD-A's to FLAC for my music format. The Musical Fidelity A3.2 & NAD C521BEE CD Players, and Plinius 9200 Integrated Amplifier went and were replaced with a Bel Canto DAC 2.5 connected to a Logitech Squeezebox Touch via SPDIF (Co-Ax), and a Perreaux 350P Power Amp. The music collection was all ripped to FLAC and placed onto my i7 Windows 7 PC, which was running Logitech Media Server, and would stream the media to the SqBx Touch via wireless.


The improvement was immediate, and very tangible, moving off optical media onto 'static' (i.e. HDD) digital storage. This was further enhanced with Nordost (Heimdall) Balanced Interconnect between the BC DAC & 350P PA, and replacing the Slinkylinks speaker cables to my Chario Pegasi with something else. However over time this still wasn't enough - the PC acting as a server and streaming data via wireless were 2 not so ideal solutions, the former being the biggest issue for several reasons; and the SqBx Touch not handling 192k sampling well the other (i.e. only via USB)... Consequently in recent months I had begun thinking about possible solutions, including directly attaching storage to the Touch, using ethernet over power to remove the wireless link, or stepping up to a dedicated music server that could fit in my main Hi-Fi rack - the latter incidentally being the only likely solution to the 192k issue...

There's been a lot of talk in the last year or so around music servers, and by that I mean much more than the usual Windows Media Centre and Apple TV/Airport Express or similar discussions, focussed on what can be achieved with Linux and some of the newer motherboards, processors, and sound cards available.

One of the best examples of this is the new range being offered by Antipodes Audio here in NZ. I was especially interested in these for a couple of reasons, they are built around the tried and trusted Linux based VortexBox which utilises Logitech Media Server (so you can stream to a SqBx Touch or Duet as well as having a direct attached DAC), and they are locally produced here in Auckland so easy to preview and even better would save me the time & hassle of building it myself (as my time is now somewhat at a premium). However other commitments got in the way and I had to put looking at it aside for a few weeks (in fact I didn't expect to have time to revisit it again for a couple of months or more)...


...what time I could spare I looked at it in more detail, the main challenge for me with the Antipodes Audio servers' was the reliance on USB - I don't believe the USB is the strongest aspect of the Bel Canto DAC's design in particular, and I'm not convinced USB can be a (consistently) better signal path than SPDIF for audio streaming (it might work fine for a few DACs with very good interfaces, and I don't doubt Mark at Antipodes has been really thorough, but I doubt it can be guaranteed to work well for all DACs). Added to that was I had a couple of friends giving me stick for being an ex-IT Geek and not building my own server, and when I had an opportunity to do some further investigation it looked like it would not be as much effort as I had expected so on the spur of the moment I took the plunge and ordered the necessary parts...


I decided to build a purely music focussed server, so no requirement for HDMI output, but I would need to insert a PCIe card so I could put a suitable sound-card in - so this is what I ended up with: 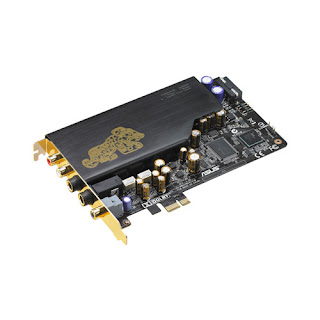 First impressions are, well, impressive! While the changes at the start of my post were a significant step up and improvement, the first impressions now with this new server directly feeding my BC DAC 2.5 are almost as much again, and I'll post those in Part 2...


Meanwhile the SqBx Touch is now consigned to a secondary role elsewhere in the house as a portable HP source for my Grado RS1 & Ultrasone HFI-650 cans.