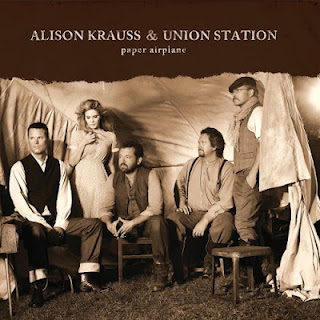 Continuing on from my previous post, as mentioned in closing, first impressions were impressive – for such a relatively simple (and basic) implementation the tangible improvements were apparent from the very first track. Alison Krauss & Union Station’s “Paper Airplane” at 24/96 was like a newly discovered physical entity – the first 2 tracks on this album (“Paper Airplane” & “Dust Bowl Children”) both feature very pronounced strings, and these were so well defined you could almost feel the texture of the taut strings (on guitar, banjo, and such) being plucked and massaged, this was a glimpse of a whole new definition of hi-res playback, where the fullness of the sound was that much more developed, giving a greater detail & depth to the soundstage and an environment where the music just ‘hangs’ in the air completely free from the presence of the speakers themselves…


This of course might seem a bit over the top – my first impression was I just hadn’t listened that closely to “Paper Airplane” previously, so I moved on to Carly Simon’s “No Secrets” at 24/192 (ex 2002 DVD-A), winding up that classic “You’re So Vain” – again I was caught off-guard by the tangible difference from prior playback sessions, Carly’s voice (can I call her Carly, or should that be Ms Simon?) coming through with a wonderful new depth and even warmth, and the keyboards were defined so distinct and tightly – there was no muddy blurring here. Again there was a sense of presence of the music as a whole, just existing in the space, and seemingly freed from the location of the speakers… Further tracks from Carly (sorry, Ms Simon) reinforced that, “The Right Thing To Do” & “We Have No Secrets” also display much greater depth & detail in Carly’s voice and that enhanced sound stage for the whole ensemble. With all the tracks the guitars and other strings were again surprising in their accuracy of presentation; feeling like you could just reach out and touch the instruments, just beyond arms reach; while still having rich and deep mid-ranges & bass… As another AudioEnzer likes to say ‘the sound just opens up…’ 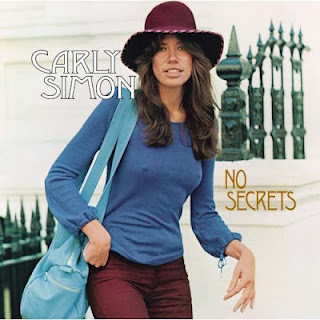 Obviously one of the key differences was the SqBx Touch’s limit of 96k (via-SPDIF) which had been imposed on the prior streaming to my Bel Canto DAC 2.5 – causing Carly’s “No Secrets” to be down sampled from 192k, however the apparent improvement in Alison Krauss & Union Station’s 96k "Paper Airplane" above highlighted this was not (or rather couldn’t be) the sole source of the primary improvement this change had made – removing the SqBx’s sampling limit was clearly not the game changer…


Moving onto something at a more conventional resolution, 10cc’s “I’m Mandy Fly Me” (at 16/44 ex-CD) the immediate things were a change of tempo (the song sounding more relaxed, ala slower, in places than previously, while in others an improved sense of urgency), a much richer mid-range, and again that improved definition of strings, keyboards, and even drums… While not as pronounced as with Alison Krauss’s “Paper Airplane” above (obviously due to the source file’s resolution and perhaps age) it was still very apparent… In fact the change in tempo is something I have noticed previously elsewhere, both with cable changes, and more notably when I did my trial of several DACs back in 2010… On “Dreadlock Holiday” there was a much more pronounced depth & warmth to the vocals, and clearer detail to the percussion instruments – again it hinted at the removal of a hint of muddiness or blurring around the edges that must have been present but unnoticed previously… This is how “Dreadlock Holiday” was meant to sound, rich deep vocals, tight clean percussion, and with a relaxed Caribbean tempo…


The 24/192 version of Cat Stevens’ classic “Tea For The Tillerman” (from the 2000 DVD-A) sounds positively sublime, the acoustic guitar is warm and detailed and the higher notes just hang in the air nicely, the soundstage perfectly ‘floating’ free from the constraints of the speakers compared to my previous sound – as with Alison Krauss & Carly Simon the detail in the vocals emerges rich and detailed, while drums and percussion are tight and deep, such that some of the drum work you can almost feel the tight skin on the drum stretching with each beat… 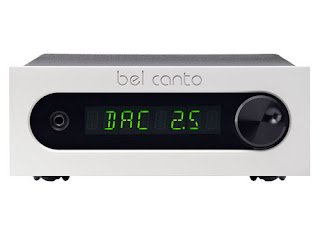 One of my thoughts was eliminating the Wi-Fi stage from the streaming had contributed to the major improvement, several people had suggested cable Ethernet would be superior to Wi-Fi, but I was not convinced – after all the SqBx Touch has sufficient buffer to hold a reasonable amount of 16/44 data (and even 24/96 data), and the couple of trials I did with a cable didn’t seem to produce any noticeable (at the time) difference… My system is probably slanted slightly to the warm or rich side anyway, the Bel Canto DAC perhaps being slightly on that side of the line, and certainly my Chario Constellation Pegasus speakers being well known for imbuing a warm sound; but perhaps elimination of the network stage (regardless of it being line or wi-fi) and/or the introduction of the Xonar soundcard are the real keys – allowing bit perfect serving of the data to the DAC, with no latency or timing issues, and over such a short reliable connection (i.e. 1’ cable via SPDIF)? 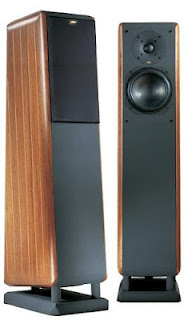 Moving on to something quite different, the Buzzcocks’ “I don’t Know What To Do With My Life” at 16/44 (from “Operator’s Manual (Buzzcocks’ Best)”), the tempo was enhanced, sounding both more urgent yet more natural than previously, and for a relatively low quality recording there was surprising clarity again of strings, and a less thin sound to the vocals… “Ever Fallen In Love? (With Someone You Shouldn’t’ve)” emphasised this even more – the tempo being almost intense and sounding much more like it should sound in person… Again these differences were not as pronounced as with the hi-res tracks, but they were enough to be noticeable versus my prior configuration…


Selecting David ‘Fuze’ Fiuczynski’s “Jazzpunk” there was a less noticeable improvement in the overall sound (but perhaps because the production quality on this particular CD from 2000 was already pretty good amongst CDs?), but there was again a noticeable improvement in the perceived tempo – the timing sounding more relaxed (or upbeat when appropriate) and more natural… 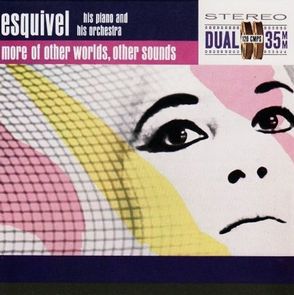 Juan Garcia Esquivel’s “More Of Other Worlds, Other Sounds” in 24/192 portrays a sound stage even more free, beyond the position of the speakers and three dimensional, literally turning the width of the room into a full big band stage! The clarity of detail is quite sublime, perhaps partly due to the quality of this hi-res remaster (2011) of the original recordings, but also due I’m sure to the air and freedom this new configuration provides… You feel like you are living in the world and era of Captain Scarlet or the Thunderbirds! The Eagles’ “Hotel California” at 24/192 (ex 2001 DVD-A) is rich and detailed, with wonderfully deep bass that again seems well defined and suggestive that previously it was presented slightly smeared or muddy at the edges, and again clearer more detailed strings, vocals, and more…


Needless to say first impressions after a couple of days of sporadic listening are rather surprising and stunning and I’d consider the switch to such a relatively simple music server as possibly almost as a big an improvement as ditching my optical disc players altogether and changing to FLAC files, the Bel Canto DAC, and the SqueezeBox Touch just 18 months ago! Comparing these first impressions now, to my old set-up 2 years ago, there's just no comparison.