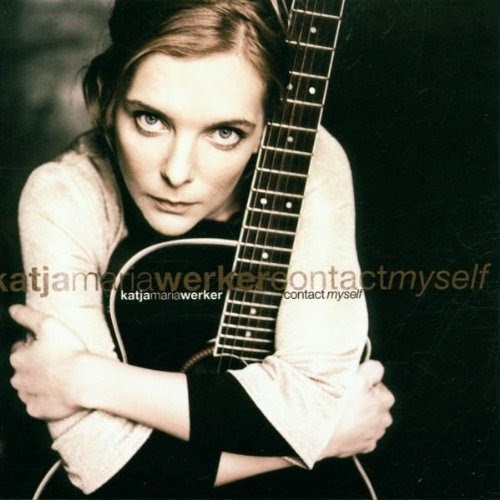 One of my recent 'additions' to my music library (and a wonderful discovery) has been German singer, songwriter, and multi-instrumentalist Katja Maria Werker - her debut album "Contact Myself" is simply fantastic - released in 2000 Katja's song writing as well as her vocals and guitar work are enthralling and engaging, this album grabs you from the first note and you fall completely under Katja's spell - what's more the engineering quality is excellent - so the impact is even greater when on a system that can present every last detail of the album.

Listen to Katja Maria Werker's "Streets Of Africa" single from the album"Contact Myself".

This album is essential listening for anyone who adores quality female vocals, the sound of good acoustic guitar, and great song writing. Katja has now released 6 albums in total; "Leave That Thing Behind" in 2006; "Dakota" in 2008; "Neuland" in 2011; "Within The Whirlwind" in 2011 (especially notable for being on the Stockfish Records label); and this year "Songs From The Kitchen Table". If you have not heard Katja before find yourself at least a copy of "Contact Myself" - you won't be disappointed, of all her albums (all of which are wonderful recordings) I do still consider her debut her best. Visit Katja Werker's Website or find her on iTunes and Wikipedia. 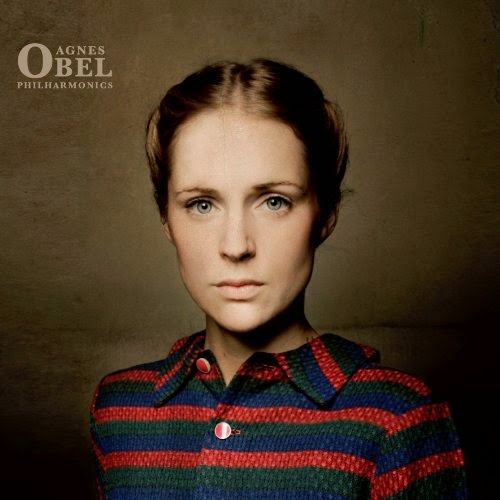 Another new addition has been Agnes Obel - I was introduced to the Danish singer songwriter recently by a customer, while demonstrating a pair of Focal Stella Utopia EM speakers (@ The Audio Consultant). Agnes has released 2 albums to date, "Philharmonics" in 2010 and "Aventine" last year (2013). Aventine is possibly rated the better of the two albums, and is also available as a 24bit 44kHz high resolution download from places like Linn Records (in addition to on CD, iTunes, etc) - however my personal favourite is her debut Philharmonics.

Agnes is a fantastic piano player, and there is an absolutely haunting ethereal quality to her voice - again some really good engineering of her albums has ensured excellent production quality and her music is captivating and moving. Her voice draws you in and transports you to a place separate from where your physical presence is... She certainly has a je ne sais quoi factor to her music that makes her memorable, entrancing, and uplifting. She writes, plays, sings, records and produces all her material herself. Visit Agnes Obel's Website or find her on iTunes and Wikipedia. 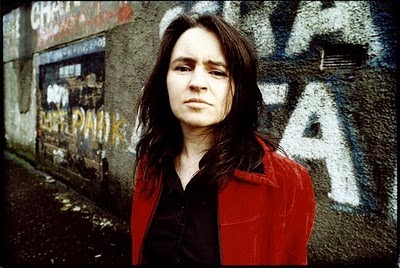 Emma Pollock is another recent addition to my library - the Scottish singer songwriter and guitarist has released 2 solo albums as well as working with several Scottish groups. Her solo efforts have been "Watch The Fireworks" in 2007 and "The Law Of Large Numbers" in 2010 (with her third solo album due at the start of 2015) - and it's her latter album I have recently added to my library. There is a broad range to Emma's sound, at some times she sounds like a slightly more refined Amanda Palmer - exhibiting that same raw energy as Amanda but (at the risk of contradiction) in a slightly more refined way - at other times The Law Of Large Numbers is defined as a 'quiet whirlwind of beauty, style, and substance' and an 'airy introspective soft pop'. But don't let this fool you into thinking she is just another female pop-folk artist though - much like Agnes Obel above there is a sometimes ethereal feel and sound to her music, the album 'is an uplifting journey through ...struggles and revelations' exactly as described by Kristen Mollica. Visit Emma Pollock's Website or find her on iTunes and Wikipedia. 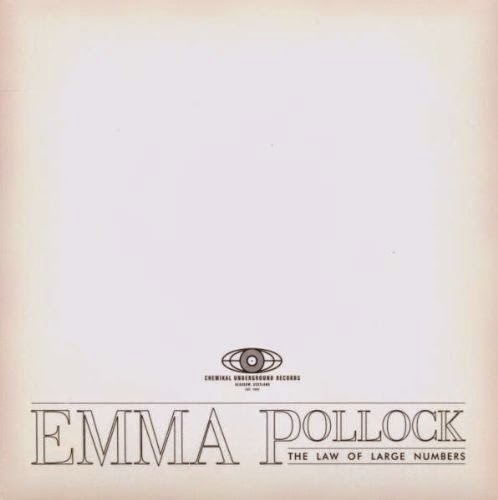