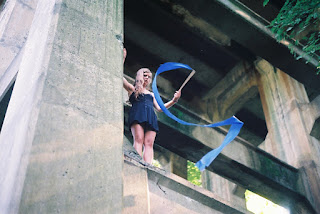 Ivy Mairi is a relatively new artist (on the Cowboy Junkies' Latent Recordings label), the first since the CJ's revamped & relaunched Latent. Her second album "No Talker" was released at the end of last year, and as a promotion they are offering both her 2009 debut album ("Well You") and her new album together in a download bundle for just US$5.99. Both are produced by the CJ's Michael Timmins and what's more you can download this in audiophile 16/44 FLAC or ALAC formats, as well as the usual lossy MP3 & AAC formats...


Ivy is, in my opinion, a refreshing and promising young singer/songwriter with some similarities to artists like Jewel, Sheryl Crow, Alison Krauss, etc, when at similar stages of their careers... I hadn't come across her previously and have to say both her albums are quite stunning... 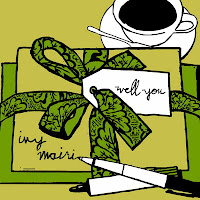 Ivy's debut album "Well You" is a wonderful collection of acoustic songs that vary quite a lot in their style and content, from raw simple guitar to far more complex and sophisticated numbers. There are vague hints of a Cowboy Junkies' style sound in some tracks - but not in the music itself. There's a richness and depth to her writing, her vocals, and her music which is really quite impressive for such a youngster. There's some wonderful melody's on this album and I certainly will be listening to it frequently in the coming weeks... Her 2011 album "No Talker" builds on "Well You" increasing the depth and sophistication of the sound and musical arrangements. Unlike many artist's sophomore albums this album rises to another level again building on the promise and quality of the debut release (so many artist's fail to deliver second time around, a classic example in my opinion being Norah Jones) and expanding the landscape of Ivy's offerings.


Ivy is well worth a listen if you like female Singer/Songwriter music, Female Vocals, Country, Alt. Country, Folk, Pop, or even Bluegrass!
at 7:58 pm