The Joys Of Discovering Focal SM9s 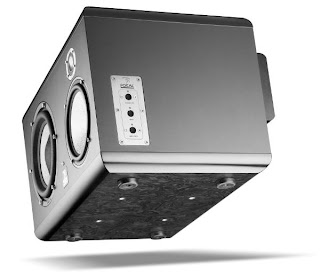 Several people who know me thought I might have lost my mind, had a psychosis, or been otherwise mentally impaired! I appeared to be mindlessly selling off all my audiophile & HT gear for no good reason, and being known for careful consideration and cautious analysis of any new purchase this was a radical departure from prior behaviour! But no, it was not all a fit of madness, it’s something far far better, and possibly a piece of Audio Nirvana – for a while at least?! In fact I had to find something pretty special to move me from my Charios… but I found it – well they rather kinda fell into my lap I guess, with a little help from a friend – and that's Focal SM9s!


My brand new Focal SM9s arrived on the 23 August and have now well and truly completed their initial 20-hour break-in. These are running via XLR Balanced leads from my Bel Canto DAC 2.5 and are the first stage of an all new rig that will be all active speakers (Focal SM9 Fronts & SM6’s for Centre & Surrounds); a Perreaux Audiant DP32 DAC Preamplifier; and an Integra DHC-80.2 AV Processor (with balanced outputs) for the multi-channel music & HT duties (the 80.2 has just been superseded by the 80.3 but is more than adequate for what I need)…

The Perreaux Audiant DP32 (which I’ve been waiting forever and ever for – like nearly a month!) – is due in the next couple of days and hopefully it’ll be here tomorrow! This will provide a second analogue input (over my existing Bel Canto DAC 2.5) which allow an unbalanced connection from my Oppo BDP-83 to allow stereo playback of my Hi-Res SACD collection (at least until there is some legal & accurate way to rip them to DSD or FLAC onto my Vortexbox). The DP32 will also, I believe, better suit this active speaker rig long-term with its analogue volume control (compared to the Bel Canto’s Digital), and a different HT by-pass implementation from the Bel Canto's that will suit my configuration better. The Bel Canto’s been a wonderful performer and is still a fantastic DAC Preamplifier. 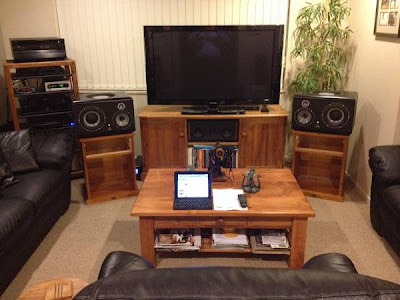 The SM9’s in the photo above are currently sitting on some bedside cabinets as improvised stands. A set of bespoke steel stands are on order for them (and for the 2 SM6 Solos' that will be my rears) but these stands are 3-4 weeks away.

About to be ordered is the balance of the speakers, for HT duties, 3 x Focal SM6’s (1 x Twin6 Be for the centre, and 2 x Solo6 Be’s for the surrounds) – again all active, and studio monitors. As mentioned above a pair of matching (but smaller) bespoke steel stands are coming for the 2 surrounds. The Twin6 Be will replace the Chario Constellation Phoenix (seen under the TV in the above photo).

Essentially my Velodyne DD-10 Sub will be the only remaining audio component from my entire Stereo & Multi-Channel set-up that's been present over the last 3-4 years...! And it will likely go in the near future as redundant...

I’ll post more later, about how I’ve fallen in love with the sound of these speakers very quickly (and about how good they may well be), but initially I just unpacked them, plonked them on the cabinets, roughly aimed them at the listening position and started them up – and the imaging & sound stage was amazing! Considering they were straight out of the box, no real care on the positioning, no calibration, hadn’t yet done the recommended minimum 10-20 hours playback for initial run in, etc, and already they sounded great straight off with no effort… By the time they’ve had a 100+ hours and been properly positioned and such they will quite possibly be Audiophile Nirvana, well for me at least, and perhaps only for a while, but nirvana none-the-less! Read More: The Focal SM9 Joy Continues...

SM9s' deployed in a near field environment.
at 2:11 pm